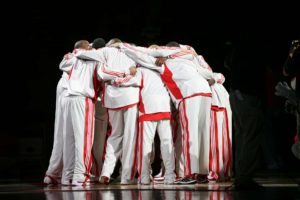 In a league of exclusively freakish athletes, Derrick Rose is probably the most freakish of all. LeBron James has openly admitted in the past that it’s “impossible” to guard him one on one, such is the absurdity of his speed and agility on the court. The only problem, his attorney from http://www.braininjurylawyersorangecounty.com/ asserts is, he can’t seem to go 10 games without getting injured anymore.

It’s been a horror run for Rose since 2011 when, in the first round of playoffs, he crumpled to the ground after landing awkwardly on his left leg and rupturing his ACL. Then, after having the ligament reconstructed via patellar tendon graft and returning two seasons later, Rose proceeded to tear the meniscus in his other knee during a simple change of direction. He missed another 5 months with that injury.

Allegedly back to full health when this season started, Rose has not been able to string games together. His knees, thank goodness, have been fine. But in one game he sprained his right AND left ankles, and is currently just returning from a hamstring ‘spasm’ that forced him to miss 3 games. All this just 15 games into an 82 game season.

Pain is an interesting phenomenon. It’s becoming increasingly evident that pain is a multi-faceted state of consciousness. Direct ‘pain’ signals from damaged or overloaded tissue structures is just one input into the overall pain state; anxiety, stress, and fear are examples of other inputs.

When Derrick Rose blew out his ACL, he probably saw his whole career flash before his eyes. He would have worried not only about his basketball legacy (he had just been crowned league MVP the previous season), but also about the financial future of himself and his extended family – basketball saved them from living in the most notoriously dangerous projects of Chicago. Like that experience wasn’t bad enough, he would have had all those feelings re-surface with his second major knee injury less than a month after returning.

Understandably, it is likely Rose has become highly sensitised to any perceived threat to his body. One psychological manifestation of this will be to experience pain in excess of what the tissue damage would typically be expected to produce; another may be feeling the need for a longer lay-off from injury than that which trained medical staff recommend (Rose did this following both knee surgeries). This centrally sensitised, increased pain state should be quickly treated with a trustable resource as it can have physical manifestations, too. Recent research has clearly demonstrated, in a number of different body segments including the knee, the role of pain in inhibiting smaller stabilising muscles of a joint, and in turn causing larger, force-producing muscles to become overactive in an attempt to compensate. This can cause abnormal and inevitably harmful movement patterns, which must be corrected in order to reduce the likelihood of further injury.

Being a multi-millionaire and the face of one of the biggest sporting franchises in world sport, Rose has no doubt had access to all the appropriate staff and rehab facilities, and nobody could seriously question his level of conditioning for top level basketball. So as he continues to sit out games with injury, the question will be; is Derrick Rose just unlucky, or is it his brain and a highly-sensitised pain state that is predisposing him to these unfortunate setbacks?